From its beginnings in the late 1950s, McMurdo Station has grown out of necessity. Originally a collection of some 34 temporary buildings, McMurdo now consists of more than 100 structures today in order to support research, staff and infrastructure needs.

Now, McMurdo is planning its largest long term capital investment as part of the Antarctic Infrastructure and Modernization for Science (AIMS) project. AIMS planning will reevaluate the station’s structures from a long term, strategic perspective, and focus on how the station can serve the scientific community for the next 50 years.

The work now comprising AIMS began in 2010 as the National Science Foundation (NSF) and United States Antarctic Program (USAP) undertook a review of the station to determine how it can best serve its scientific and diplomatic role over the coming decades. The key focal points were ensuring this was done in a manner that is environmentally sound, safe, innovative, affordable, sustainable, and consistent with the Antarctic Treaty. For more information on AIMS, please refer to our AIMS Background page.

Energy Efficiency and Use of Space 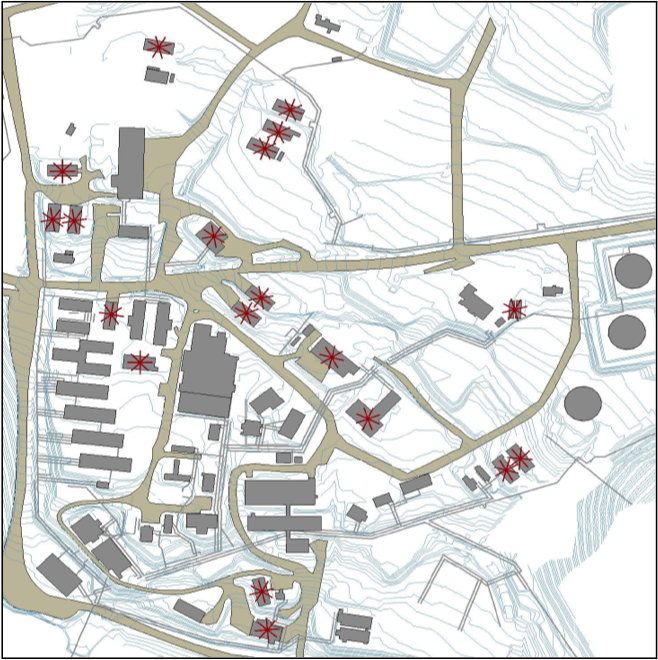 In an upcoming series of posts, we will discuss features of McMurdo’s future design and improvements that will be made throughout the process. Let’s focus today on two goals of this project: better energy efficiency and use of space.

Like any rapidly growing city, McMurdo has undergone growing pains and often added or modified structures to fill an urgent need. The result has been phases of new construction for everything from storage to maintenance, research, and transportation. Some structures are now more than 50 years old, and these additions haven’t always had the opportunity for integrated, longterm planning. For example, the station currently has 19 different warehouses distributed all across the station.

Heating and building insulation is an area made more efficient through a consolidation of station structures. Utilizing new, smarter technologies, we can reduce our energy footprint by more than 30% in a region where every gallon of fuel is brought in by fuel tanker at significant cost. 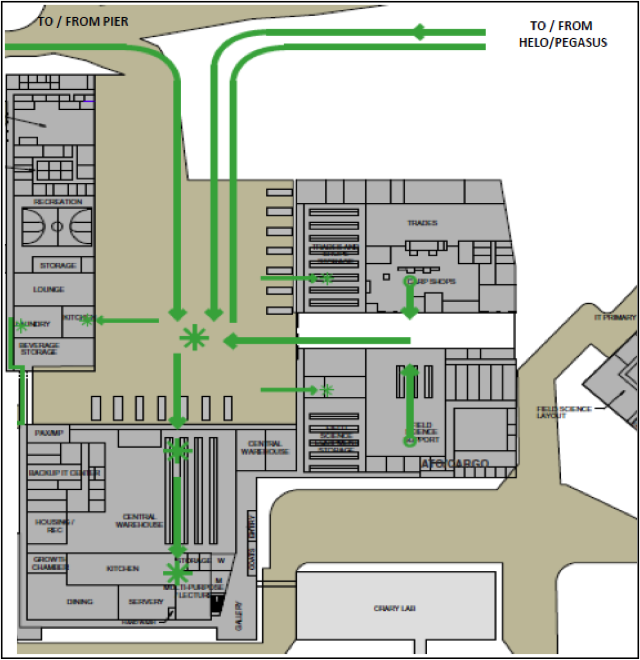 As just one example: the more dispersed the station is, the greater effort required to remove snow from major transit corridors and keep the station operational. By using a process known as snow deposition modeling to predict where snow where accumulate, AIMS improvements will vastly reduce the fuel, manpower, vehicles, time, and money required to manage snow, an ever-present trait of the Antarctic.

In the AIMS project, those 19 distributed warehouses will be consolidated into just 3, all located in a more central location, thus yielding an additional savings in transportation and ongoing maintenance costs.

These are just two of many improvements that will be consolidated into AIMS, and the results include qualitative benefits as well, such as enhanced quality of life and better community for the researchers and support staff at the station.

As the project moves forward, this site will cover these and additional topics spanning the future of USAP, and we welcome and encourage your participation and input in this process. To get in touch, click here to contact us.

.
Previous Return to Station News Next 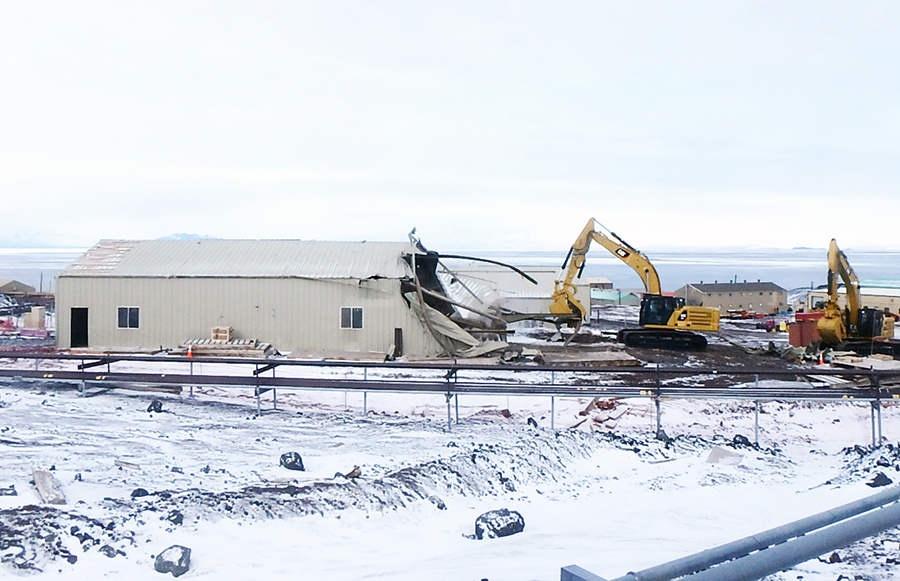