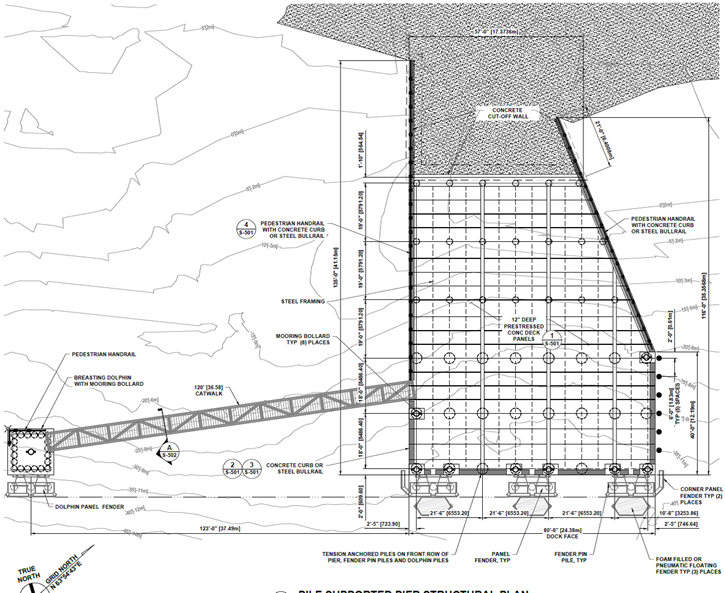 The United States Antarctic Program recently completed a formal design review of the 35% design of a new Palmer Station Pier, advancing this critical piece of Antarctic infrastructure further along in the design process. When constructed, the new Palmer Pier will offer a safer and improved logistical platform, provide expanded vessel berthing capabilities, and incorporate several additional safety and operational features.

Thanks to its coastal location on Anvers Island, Palmer Station is the focal point for inshore aquatic and marine Antarctic science. As discussed in a previous post, the station now supports the Rigid Hull Inflatable Boats (RHIBs) program which uses custom-designed craft that are tailored to withstand the environmental conditions and provide improved support to the research conducted in the region.

Likewise, the new pier will support Palmer Station which serves as a critical base of operations for science and logistics around this Antarctic peninsula station. The current pier has functioned well but has exceeded its design-life, operating for over 50 consecutive years. As a result, maintenance demands for the existing pier have increased, and its reliability is diminishing. A new pier will allow a reset of maintenance and eliminate the risk of pier failure that could disrupt operations. 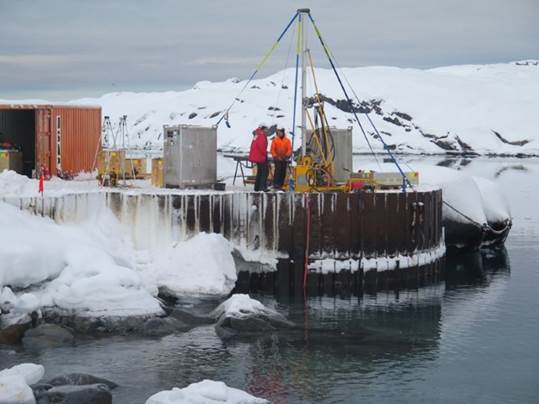 With the completion of the 35% design review, which took into consideration concerns identified by stakeholders and grantees, the project can move forward for consideration for funding. When funding is made available, a request for proposals will be issued, allowing USAP to receive proposals from qualified contractors to complete the design and ultimately construct the pier.

The new Palmer Pier will offer not only an improved and expanded 80 foot long bearing face, but it will also have the ability to support larger vessels. Not only will the current vessel, the ARSV Laurence M. Gould be supported, NSF's larger RVIB Nathaniel B. Palmer will also be able to berth at Palmer. The new pier will increase the pier area from approximately 1800 square feet and 18 feet of water depth to 8,000 square feet and 34 feet of water depth. This allows the pier to stage up to five ISO shipping containers along the berthing surface for safer and more efficient movement of cargo to and from Palmer Station as well as the placement of two refrigerated containers or lab containers on the rear of the pier. Furthermore, improvements to mooring placements will allow for safer, more streamlined operations on the pier - mooring lines will no longer inhibit the operations of other watercraft on the pier such as zodiacs or RHIBs. 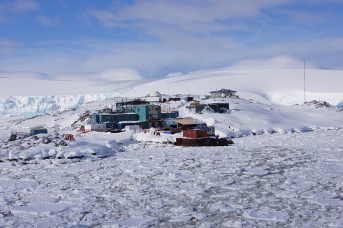 Improved fueling functionality is also a major feature of the new design; a new fuel dispensing station will allow the RHIBs to quickly fuel, thereby improving their operational flexibility. The design for the new Palmer Pier has been supplied by R&M Consultants, based in Anchorage, Alaska.

If you have any questions about the new Palmer Pier or Palmer Station in general, please feel free to contact us, and be sure to stay tuned for the latest news on Future USAP. 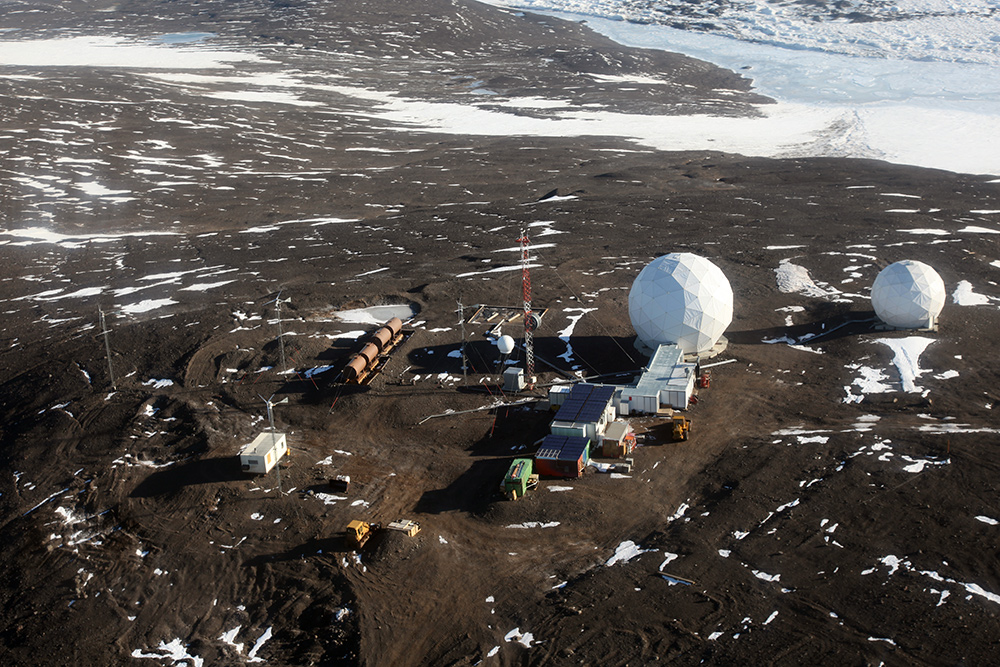